Who are the Comfort Women

Who are the "Comfort Women"?

Comfort women” is a euphemistic term used by the Japanese military to refer to women and girls forced into sexual slavery by the Imperial Japanese Army in colonized and occupied territories from the Manchurian incident in 1932 until the end of World War II in 1945. The young women and girls were abducted from their homes and in many cases lured with promise of work in factories, only to be incarcerated in the “comfort station.”

It has been estimated that these “comfort women,” ranging from 50,000 to 400,000. “Comfort Stations” were first established in Shanghai around 1932, yet the outbreak of the second Sino-Japanese War in 1937 prompted the Japanese military to adopt the general policy of establishing military brothels in locations such as China, Philippines, Taiwan, Indonesia (then Dutch East Indies), Malaysia, Vietnam, East Timor, and other Japanese -occupied territories. 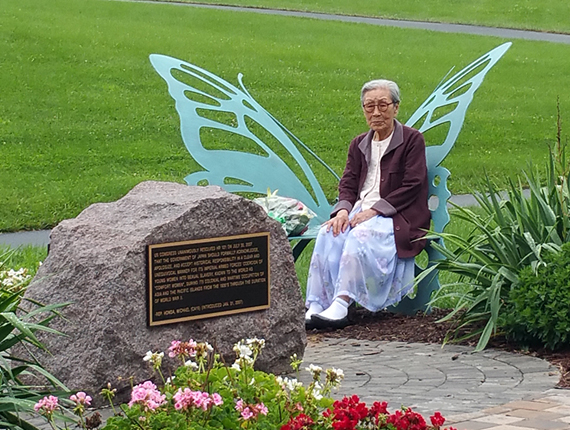 The Japanese imperial government and army decided to set up the military “comfort women” system mainly for the following three reasons. The first was to prevent rapes of civilians by Japanese troops. The second motive was to protect Japanese soldiers from sexually transmitted diseases (STDs) by enforcing them to exclusively use military comfort stations. The third was to encourage the spirit of the soldiers. The military leadership believed that the extension of the war led to the weakening of their fighting spirit, thus causing many difficulties in managing occupied territories.
(excerpt from Comfort Women: A Movement of Justice and Women’s Rights in the US. P. 192)

Forced into servitude and exploited as sex slaves for years throughout Asia, these young women became the victims of the largest case of human trafficking in the 20th century. To this day, the Japanese government denies its involvement in the abduction of girls and women and setting up a systematic network of “comfort stations.”

The victims have turned to women’s rights activists and reject this appellation because of its crude objectification. Many suggested that “women drafted for military sexual slavery by Japan” is the right term. The victims prefer to be called as “halmoni” in Korean, an affectionate term for “grandmother.” Yet, we still use the term “comfort women” only for research purposes because all US archival material can be accessed with the name.